So, due to a lot of the reasons stated in this video, I have been kind of AFK.

But that does not mean I do not have a lot that I want to share.

I have been reading a lot, and have quite… the physical and digital stack of a haul(s) to show. Not quite sure HOW I am going to do it.

I also have an upcoming safety video coming up! 😀

I will be trying to post a review atleast twice a week for the next few weeks as well. 🙂

Anyways, I better get on it!

Would I recommend it to anyone: Kind of. I would to anyone who wants a good thrill ride.

In Beatrice Prior’s dystopian Chicago world, society is divided into five factions, each dedicated to the cultivation of a particular virtue–Candor (the honest), Abnegation (the selfless), Dauntless (the brave), Amity (the peaceful), and Erudite (the intelligent). On an appointed day of every year, all sixteen-year-olds must select the faction to which they will devote the rest of their lives. For Beatrice, the decision is between staying with her family and being who she really is–she can’t have both. So she makes a choice that surprises everyone, including herself.

During the highly competitive initiation that follows, Beatrice renames herself Tris and struggles alongside her fellow initiates to live out the choice they have made. Together they must undergo extreme physical tests of endurance and intense psychological simulations, some with devastating consequences. As initiation transforms them all, Tris must determine who her friends really are–and where, exactly, a romance with a sometimes fascinating, sometimes exasperating boy fits into the life she’s chosen. But Tris also has a secret, one she’s kept hidden from everyone because she’s been warned it can mean death. And as she discovers unrest and growing conflict that threaten to unravel her seemingly perfect society, Tris also learns that her secret might help her save the ones she loves . . . or it might destroy her.

Soooo. I picked this book up, put it down. Up, down, up, down.. for months. I just kept getting distacted and picking up other books. It’s wasn’t it’s fault. I have ADD. This happens sometimes. Or, it would be too intense for what I needed at that moment. But, recently I picked it back up and wiped it out in a matter of days.

I absolutely loved the world building. I actually felt like I was sucked deep into the world, when Tris was first in Abnegation, training in Dauntless and so on, I wanted to take on the enemy by her side.

This book truly is worth the hype it has. The emotions, the adrenline rush that I had with almost every chapter..! I never wanted it to end!

In the end I had to give it a 4.5 out of 5 though. It was brillant, but something… something felt missing. Maybe Insurgent will be different. 🙂

So you may or may not noticed that I have been slightly… absent.

Basically my fiance and I were to watch his grandmother while his Aunt  was taking care of her daughter after an operation for two weeks. During that time, his grandmother took a small turn for the worst, having a stroke the first night. Which was followed by a second stroke later that night… for the following 13 days she just kept falling down hill.

She wouldn’t eat, barely drank, was rarely awake & for a while there we thought she might pass. In the hospice notes left for us, she was/is showing all the signs, plus she is constantly saying ” It’s time to go home “.

The only reason we left was because we had been so wrapped up in taking care of her, we forgot to take care of ourselves and we had to get back to our lives.

Leaving her was the hardest thing I have ever done.

I didn’t wanna go. I still wanna go back, but I know we have to relax so we can be of a better help to her. We are possibly going back around the 24th if we are needed, if she seems to not be getting any better.

God it kills me inside to see her struggle. She can’t even ask for water, or food. We have to ask her. I know it hurts her so much to not be able to be understood when she DOES talk. 😦

But, yes. That is why I haven’t posted much on Booktube or here. I am sorry for the delay, and will try to post a few reviews and general posts ASAP.

Thank you for your understanding,

Title: The Unbecoming of Mara Dyer

Would I recommend it to anyone: Someone who wants a mind bending.

Mara Dyer doesn’t think life can get any stranger than waking up in a hospital with no memory of how she got there.

She believes there must be more to the accident she can’t remember that killed her friends and left her mysteriously unharmed.

She doesn’t believe that after everything she’s been through, she can fall in love.

As with most books, I went into this blind. I didn’t know what to expect of it, and quite frankly I still don’t. That excites me. From the very beginning you are on a mind trip with miss “Mara Dyer”. Something has happened, something terrible. I am not going to give any spoilers, even from the beginning. I will say that this was a VERY HARD BOOK TO PUT DOWN. I felt like I WAS Mara, going through the motions, feeling like it was all happening to me. Miss Hodkin’s can really capture you, and mess with your brain. Nothing is what it seems. I like where this series is going and I am definitely moving onto “The Evolution of Mara Dyer” as soon as possible and will be gripping until I can get “The Retribution of Mara Dyer”.

This is /not/ all the books I have gotten over the past few months, just the ones I could carry out of my room.

A lot of the ones I got myself were discount, kindle deals, ARC’s. I never pay more than $6 for most of these books myself!

I more than likely will make another video soon!

AFTER I INSTALL DRIVERS

So, I have been diving in and out of a lot of books lately.

I can’t seem to focus on just one. I mean, I am still on chapter 12 of Divergent. D:

I don’t know how to get out of this funk. It’s really eating me apart. I am just happy it didn’t affect Fangirl.

I have so many I want to read, so many I cannot read and so many I am just bleh with.

I love the stories, but I just cannot stick to one. It’s like there is a rainfall of so many good books!

Do you ever have the same problem that I do? Just the inability to finish a book before you start another?

I mean, I should have atleast 14 books done by now. Do I? Nooooo.

I also have been downloading quite a few freebies…

And I almost screamed when I got The Testing for free on Kindle.

Sooo… I thought that I might give a small insight in what I am reading!!

The Testing by Joelle Charbonneau

The Diviners by Libba Bray

Starters and Enders by Lissa Price 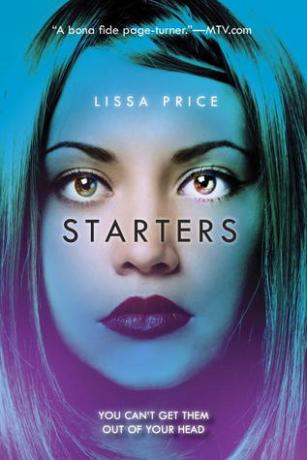 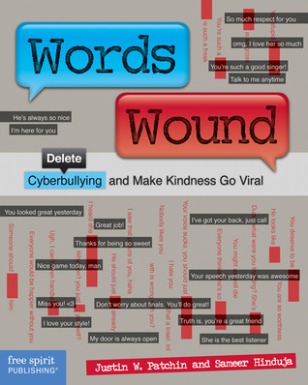 It was very informative, and something I really do believe that should be used in all schools. Cyber bullying is slowly becoming a huge thing, nd like they say.. Once it’s on the internet, its there forever. It’s really sad how mean kids and parent can be to other kids.

Anyways, other than wishing you a happy holidays, I think I am gonna jet for now!

Loootss of reading to do.

Please, if you don’t mind, drop me some suggestions for books, reading habits or just to chat!

I promise this week will be full of updates.

So, it’s been a little while…

Since the last time I posted, I hve been though QUITE A BIT…

I broke my glasses (more), I have been sick and random babblings.

I have got quite a few books, including the last three Vampire Academy books and The Golden Lily…

I would have Bloodlines and the first three if it hadn’t been for some woman snatching them off my safe table. >(

I found a very nice boxset of Lord of the Rings + The Hobbit!!! I will be posting pictures (maybe) soonish of my bookhauls!

Currently I am reading Fangirl by Rainbow Rowell with a friend. OH MY GOD I AM LOVING IT.

I am also active now in NaNoWriMo! 😀

AND I HAVE WORKED ON MY SUBREDDIT!!

I am running two DIVERGENT CONTESTS SO COME CHECK THEM OUT!!!

So, this is where I will stop typing for now and ask you to comment and ask me questions or suggest me books!

I MISSED YOU GUYS!!!

ALSO,  A DEAR FRIEND OF MINE IS RUNNING A CONTEST FOR HER NEW BOOK’S COVER REVEAL!

Come check out her blog, for The Murder Complex’s cover reveal my Book Nerdigans!!!